During the mid Iron Age 350BC through to the Roman invasion. The land was occupied by a community believed to belong to the Corieltauvi tribe.

Life was slow and settled with a selection of farm animals evident, such as cows, sheep, goats, horses and dogs. It is from evidence found at the quarry that the community manufactured limestone querns for milling grain by hand.

75 small pits in the ground where used for storage of wheat, barley seeds and some where lined with clay to hold water. It is possible that the community acted as some sort of wheat storage and milling service for the wider community.

Accommodation on site was provided by thatched roundhouses, one measuring 12.5 metres in radius, a stone built aisled building with oven type structures likely used as corn dryers were also found on the site. Evidence of ironworking was also found on site. Water was fetched from the adjacent lake situated on the Ancaster gap a few metres to the west. The lake may have been used for fishing purposes. 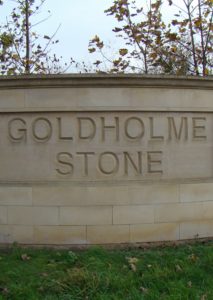