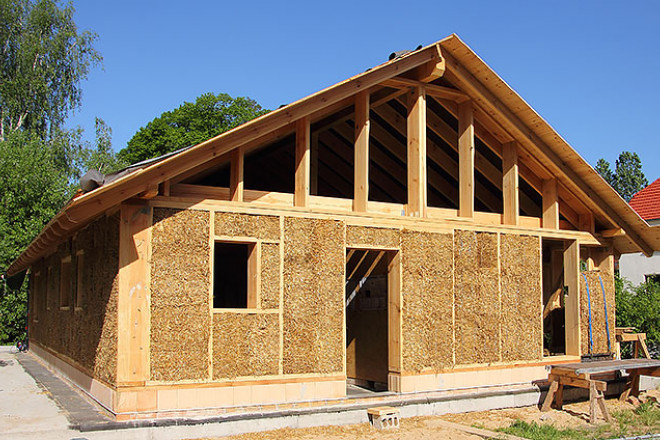 That’s the final straw, the truth about bale insulation!

We have recently prepared a thorough report comparing the ‘true’ carbon cost of building straw bale houses (often described as zero or negative carbon) to natural limestone. In short, straw bale house might be environmentally friendly if it wasn’t for the following.

Miss conceptions include the theory that straw is a throw away by-product form the wheat harvest (this helps with labelling it as zero carbon) In reality this couldn’t be further from the truth, straw is extremely well sought after within the UK and is listed as a commodity in it’s own right. Straw sells for more than, for example sugar beet. How is that a throwaway by-product?

Straw houses are often propped up by steel frames, one of the most carbon costly building products produced. If people want to build straw bale houses because it’s ‘funky’ they should say so and not quote carbon statistics. Many other insulations are better in carbon terms. Limestone is a totally innocent building material with a carbon cost of little more than rammed earth or clay. Read the full report it’s eye opening.