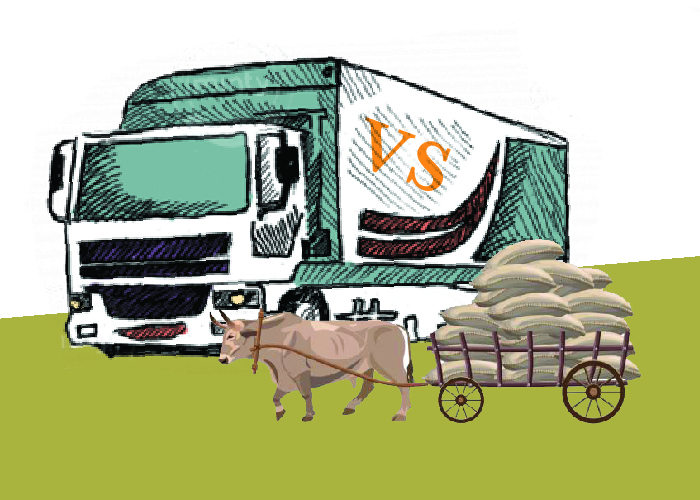 During the roman period stone was hauled by a team of four oxen, a timber cart and a driver. The maximum cargo would be 650kg, the only data available comparable with the ox is a modern day horse at a carbon cost of 476kg per year. Plus a cow which is closely related to the ox. A cow produces 95kg of methane per year! Methane is 25 times more harmful than carbon and so the equivalent to 2,185kg of carbon per year, the cow is a full time grazer, whereby a beast of burden (in this case the oxen) would have limited access to fodder. Let’s therefore take an average between the horse and the cow i.e. 1,330.5kg per year a team of four would equate to 5,322kg per year. The ox team can pull 650kg at 2mph. Assuming 10 hour days working everyday. It’s fair to say that over a year, a distance of 7,300 miles could be travelled. In order to compete with a modern day lorry hauling 20 tonnes of cargo, 31 teams of oxen would be required, the total carbon cost being 164,982kg over the year.

An articulated lorry creates 1.345kg of carbon per mile, and can carry 20 tonnes in one load. After travelling the same 7,300 miles the lorry produces a total of 9.818kg of carbon and is therefore 16 times better in carbon.